Some wild rumors about the iPhone 6 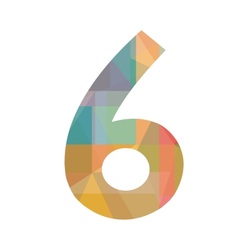 It's no secret that most Apple users weren't happy with the latest iPhone's the iPhone 5S and iPhone 5C. In fact, I personally know of a couple of Apple loyalists that switched over to the Samsung Galaxy S4 simply because it was a much better smart phone. That being said, it looks like Apple will really have to pick up its game if it wants to remain relevant in the market and what better way of doing that than by releasing a smart phone which blows the competition out of the water? That's right; I'm talking about the iPhone 6. Yes, there is still a long time to go before it is released, but I'm sure that everyone will be eagerly waiting for the next iPhone and would want to know what the smart phone is going to have. For your reference, I have put together a list of some of the wildest rumors I've read about the iPhone 6 from all over the internet. I'm sure Apple won't be able to incorporate all of these things into a single smart phone without charging a couple of thousand dollars for it, but there's no harm in hoping is there? Anyway, here's the list:

2. The iPhone 6 will have a projector. Some of you might not believe this but this technology already exists in some smart phones. I can think of the LG GW820 eXpo, which comes with an optional projector, off the top of my head. I highly doubt Apple will be duplicating this on their iPhones though. I don't really see the use of a projector on my smart phone. And if they wanted to do it, it would probably have been done already.

4. The iPhone 6 will run on the same A7 chip as the iPhone 5S. While this isn't really earth shattering news, I can't put it past Apple to pull a fast one with the processor. Maybe they really will release the iPhone 6 with the same chip? I for one would be quite disappointed if they did.

5. And lastly, and possibly the most unimaginable rumor about the iPhone 6 is that it will be made out of a single block of metal. This has to be some sort of joke right? Who comes up with these stupid rumors anyway?